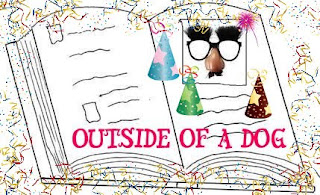 Instead of all those tired and clichéd New Year’s resolutions like lose weight, exercise more, get out of debt…blah blah blah…why not make a resolution to simply read more – whether it’s a diet book, a financial management title, or simply a darn good story, you’ll find an endless supply of appealing suggestions available at the library. Here are some great fiction titles to get you started:

Richard runs a second hand thrift store just outside of Detroit (imagine Ferndale or Royal Oak). He is a self-proclaimed connoisseur of junk. He has devoted much of his life to finding, selling, and treasuring the discards of others. When he meets a young woman named Theresa, he discovers that her work at an animal shelter has some poignant and painful similarities to his own passion for saving the discards of others. As their relationship grows, they discover some fundamental truths about each other and the real value of material possessions in life.

The Book of Joe by Joe Tropper
Fic Tropper WCV

A funny and touching story about a man who left home, moved to New York City, and wrote a best selling novel about his old hometown. Now, seventeen years later, with his father gravely ill, he reluctantly returns. Unfortunately, the folks living in Bush Falls, Connecticut were not too happy with his literary portrayal of them and even less pleased with the blockbuster movie based on their town and lives. Can we ever really go home again? Joe begins to find out the answer to that question in often hilarious and touching ways.

Shriver gives a fictional glance to the behind-the-scenes lives of a family torn apart by absolutely unspeakable violence. When her son kills several of his high school classmates in a well organized and painfully thought out plan, his mother is left to agonize and wrestle with the reasons why this tragedy occurred. What could she or anyone have done to prevent it? Shriver’s writing style is pensive and pondering as she shares with readers the painful tale of what happened and its aftermath.

Bohjalian’s novel takes the reader to northern Vermont, where days of rain have caused a river to overflow. The nine-year-old twin daughters of Terry and Laura Sheldon are swept away in the raging current and the girls are tragically drowned. Their deaths have repercussions for the entire community. This is a thoughtful, sorrowful, and quite surprising story dealing with loss, grief, and the emotional bonds between husband and wife, parent and child. A novel that will stay with you long after the last page.

In Her Shoes by Jennifer Weiner
Fic Weiner WMB
This sweet novel by the author of "Good in Bed" and, most recently, "Best Friends Forever," is all about sisters Maggie and Rose, who seem to share nothing but the same parents and the same taste (and size!) in designer shoes. Maggie is the flighty younger sister, determined to make her fortune and fame by working as little as possible, while Rose is the responsible older sister. Lawyer Rose lets Maggie move in for a few days and finds her life at the law firm and in her own home, turned upside down. Both girls go on journeys to prove to themselves and each other what's really important. We defy you not to make it to the end without sniffling a little!
Posted by Warren Public Library at 12:07 PM

Labels: new year, Outside of a Dog, resolutions