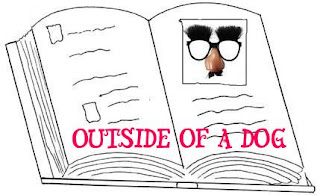 
This weekend marks the first of three annual NASCAR races to be held at the Michigan International Speedway (MIS) in . Next weekend is the 11th Annual Cruisin’ Gratiot in . Later this summer, we’ll be celebrating the 15th Annual Woodward Dream Cruise.

In honor of these high-speed and classic car events, we’ve put together a list of great books, movies, and resources all about cars!

One Helluva Ride: How NASCAR swept the nation – Liz Clarke

While NASCAR is often parodied for being all brawn and no brains, sportswriter Clarke’s book has taken on the task of showing the world the history of the sport – from dirt tracks to national speedways. She interviews some iconic figures, as well as some new up and coming drivers, too.

While Janet Evanovich’s Plum books are widely anticipated (Finger Lickin’ Fifteen is due out June 15), these two books featuring a brash mechanic’s daughter are comic misadventures very much like the Stephanie Plum novels. Here, in Metro Girl, Alex’s brother, a NASCAR driver, has disappeared, and she has to team up with another driver to find him. In the sequel, Motor Mouth, Alex and her on-again off-again boyfriend, driver Sam Hooker, have to discover why there’s a dead sponsor in another driver’s hauler.

This kids’ book will introduce young readers to the brightly-colored world of NASCAR, with information about the drivers and cars you’ll find at the track. (The title refers to slang about what happens when two cars crash on the track – they ‘trade paint.’)

Cars features Pixar animation, comedy, and a host of famous actors and actresses lending their voices to the cartoon cars (main character Lightning McQueen is Owen Wilson, and tow-truck Tow Mater is voiced by country comedian Larry the Cable Guy.) Great fun for adults and kids alike, like all Pixar films to date.

And don’t forget that if you’re a handyman looking to fix your own car, the Warren Public Libraries offer access to the Chilton Library database, and limited access to AllData database. Ask your reference librarian how to look up the parts and info you need to make your ride good as new.

Labels: cars, Outside of a Dog, racing