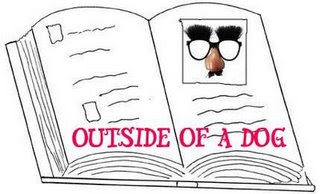 
Hard science fiction is a subgenre in science fiction where the author places emphasis on the science part of the genre. Details are given as to how the science and physics of the story works, and the story falls into place amongst the details of the futuristic computer systems, robots, and technology.

Zombies as science? Believe it or not, in this journalistic account of how zombies are made – through a disease spread through saliva (which accounts for the reason why zombies are often portrayed as biting other people) – tells a compelling story of how the world would react were this really the case.

A science fiction classic wherein Charlie Gordon, a mentally retarded man, volunteers for an experiment that turns him into a genius – but only temporarily. This novel, when it was released, brought about a lot of questions about what makes a person, and has been retold in many ways, including a Futurama episode (“Parasites Lost”).

Ninjas, the mafia, and pizza delivery guys don’t exactly scream “Science Fiction,” but in Stephenson’s remarkable first novel, he (and the hero, called Hiro) will make you believe that man and machine can work together to stop civilization from being taken over. Stephenson is regarded as a cyberpunk master, and has continued with great novels of hard science fiction, such as 2008’s “Anathem.”

Another pioneer in the field of cyberpunk, Gibson’s 1984 novel explores artificial intelligence, virtual reality, and genetic engineering, as seen through the eyes of a damaged hacker. This novel was groundbreaking at the time, giving rise the phrase “cyberspace” and eventually leading to the creation of the roleplaying game “Shadowrun.”

One of the best known and best loved authors of science fiction, Philip K. Dick is responsible for making generations of readers rethink the concept of free will. This is a collection of his short stories, including the title story, which was made into a movie in 2002.

Labels: Outside of a Dog, science fiction